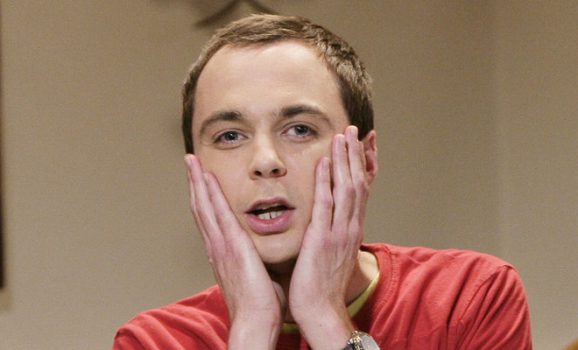 20 Signs You Are a College Nerd

They say college can change your life and they’re not kidding. You might start college with the same mindset you had in high school but chances are you’ve done a full 180 (or three) by the time the first semester ends. We’ve rounded up the Top 20 signs that your might be going down the path of Geek Chic … or just plain Geek.

1. You set your alarm early for Back to School sales. Some people think the Friday after Thanksgiving is the most important shopping day of the year, but not you. No, you march to the beat of a different drum … one that starts mid August with Back to School sales. Face it, you just can’t pass up 10 for $10 deal on boxes of staples, oddly shaped push pins and novelty folders.

3. Arguments about Star Trek can change the course of your dorm life. If you can name all the movies, have a passionate opinion about best captain and crew or have ever requested to change rooms because your roommate was a “Picard Man” then you’re deep within the College Nerd Quadrant.

4. Star Wars counts, too! Were you standing in line at midnight for the Collector’s Edition Blu-Ray Bonus Digital Content release party? We thought so.

5. You skip classes to get a head start on the paper you know your professor will assign. After all, you’ve already read ahead seven chapters so why not get going on that paper you know will be due in five weeks?

6. You rotate the names for your WiFi. Usually you stick to the names of favorite alien races but sometimes you mix it up with your favorite Star Dates.

7. Everything runs off your PC. You’ve set up your computer to control the lights, temperature and playlists so you never have to get up.

8. You have specific playlists for certain classes or projects. You can’t crack a chemistry book without cuing up ‘Weird Science’ and that Feminism paper isn’t going to get done until you’ve made it through Aretha Franklin’s Greatest Hits.

9. Your friends ask you to audit their class just so they can have your notes. Between the pie charts, keyword breakdown and abstract you provide, what you get out of a lecture is better than the textbook.

10. You have textbook editors in your email address book. Looking for misspellings, outdated information and poorly constructed chapters is your favorite past time. You’re on a first name basis with editors though oddly enough they never thank you for your regular correction notes each semester.

11. You started offering to repair computers as a way to meet people. After a few weeks, however, you realized you preferred the company of the computers.

12. Class numbers can be an issue. Did you want to take Prehistoric Pottery until you found out the course number was even? Or did you only sign up for Modern Dance because that number was odd? College nerds put a lot of stock in lucky numbers.

13. Resolving arguments can be difficult. When you and your roommate or study group have a disagreement it’s usually resolved by Rock-Paper-Scissors-Lizard-Spock or Evens-Odds-Binary.

14. Your plans for a long weekend tend to be a bit different. While others might be planning for parties, bar crawls and concerts, you’re packing your holiday weekend with LARPing, Star Trek RPG and a Harry Potter marathon.

15. If it’s worth doing, it’s worth tracking. You’ve been following – and charting – your study to grade ratio since the first grade.

16. Your idea of a Care Package is slightly different. Other students may look forward to boxes of photos and cookies, but your family knows to send Anime DVDs and supplies for your next cosplay project.

17. Integration is everything. You’ve made it your personal mission to work with every instructor you have to integrate Pinterest, Twitter, DropBox and 4Chan into the curriculum. You’re saving Flipboard, Seesmic and ProPublica for next semester.

18. Semantics are important. They’re not ‘dolls’ or ‘action men’, they’re collectible figures. It’s not a ‘waste of an entire weekend’, it’s an Epic Dungeons and Dragons Campaign.

19. Your College criteria was highly specific. Some students check out concert venues, party spots or sports teams when considering college. You wanted to know how close the libraries were, how many bookstores there were and whether or not there was an active RGP/LARP/MMOG community.

20. Your friends can turn your room into a drinking game. Rules include one shot for every calculator and double shots for pamphlets or promotional materials for Starfleet Academy, Hogwarts and other not-technically-actual schools.

If most the listed points above are true, congratulations – one more college nerd is among us! To know for sure, you can also take the quiz to find out which type of student you are.

Did we miss a giant red flag of college nerdom? Add your own nerd signals in the comments section below.