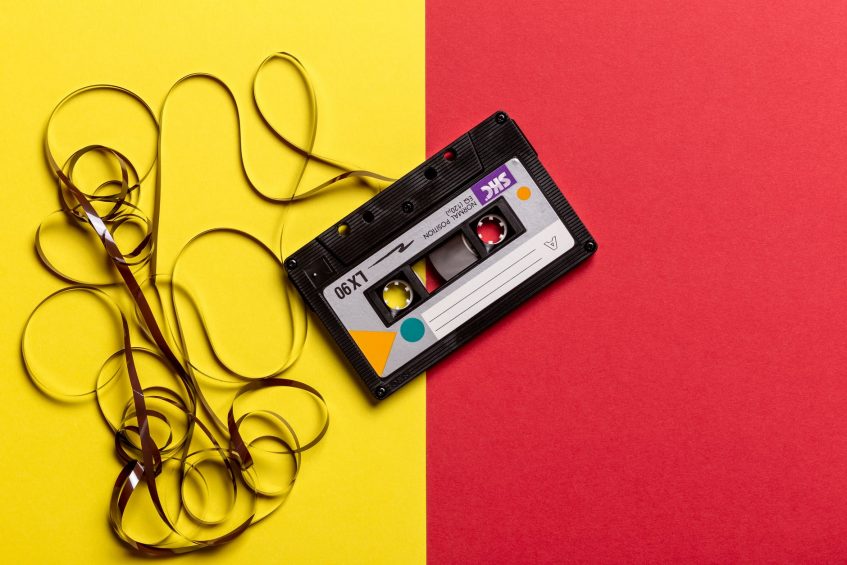 Building playlists is more art than science. There’s nearly limitless songs to choose from, with countless others being uploaded by bands and record labels around the globe every month. The internet is awash with different playlist building websites and services like Pandora or Spotify, so let’s start talking about 20 of the best study playlist ideas that can get you started. Enjoy!

Idea #1: Consistently Random Conversations Playlist: The joy of playlist building is in the discovery of new music. You can browse other people’s playlists online and spend hours listening to songs you know nothing about, or you can make it a habit to talk with people about their playlists (we all have them) and get direct recommendations. After a while you can have a really random playlist that keeps the creative/memory juices flowing for study.

Idea #2: The Healthy Mix Playlist: Try not to stick with one genre of music while you study. Make sure that the energy moves up and down. Quiet at times, but then louder or more upbeat at others. There should be highs and lows. You’ll find that this will make it easier for you to focus and sustain your brain power for longer.

Idea #3: Generational Hop Scotch Playlist: Pick songs from the 50s, 60s, 70s, 80s, 90s and 21st century songs and then make sure that the shuffle is awesome or that they’re arranged in a certain way so that you bounce around. This can be especially useful for contemporary history classes/majors!

Idea #4: The Wordless Eastern Euro-Trance Playlist: I’ve got two words for you, Paul Oakenfold. If you’re unfamiliar with European Trance, or Lyrical Trance then prepare to experience something with real drive. Paul has hours of content and it’s almost all without exception awesome for study sessions.

Idea #5: Opera Creationism Playlist: Choose a language you know nothing about, like say Japanese or Italian, and then build a playlist of symphonic opera songs. Those things will make you think, and they’re really sensual.

Idea #6: The Almighty Grouch Playlist: If you’re looking for Hip Hop with something to say, that’s intellectually seductive, then build a playlist of songs from “The Grouch” and you won’t be disappointed.

Idea #7: The Themed Playlist: You could build around an emotion, a certain day of the week or make it seasonal. Picking themes is the easy part, and you’ll be hard-pressed to think of one that hasn’t been tried yet. There are tens of thousands of playlists out there.

Idea #8: The Ambient Playlist: Wordless, driving, drifting, pulsing, flowing. Ambient music is really cool. Just make sure that you get some songs with energy or you might fall asleep on your textbook!

Idea #9: The Fitness-based Playlist: Studying is the equivalent of a great workout for your mind. Build a mental workout playlist! It’s almost too easy to build playlists for sweating in the gym, why not the library?

Idea #10: The Nostalgic Playlist: Take it back to childhood, unless you were raised by wolves or something, but even then you could do an “Underworld” themed playlist. Go for a “Werewolf” playlist! The idea is to take yourself into the past where you can feel comfortable and settle into your studies.

Idea #11: The Adrenaline Rush Playlist: These playlists should be entirely composed of songs that make you feel like you’re cliff diving.

Idea #12: Visions of Greatness Playlist: When you tilt your head, get that misty look in your eyes and picture a time when you’re a true success, what songs come to mind? What songs will people listen to as they visit the many statues of your likeness?

Idea #13: The Instrumental Hip Hop Playlist: It’s Hip Hop without the words so there won’t be anything to distract you. Lyrics can be a mental nuisance to some when they’re trying to study.

Idea #14: The Meditative State Playlist: There’s a big difference between ambient and meditative songs. Meditative stuff is far calmer, typically sporting some howls of the wind with soothing wave sounds…something like that. Again, just try not to fall asleep or into a meditative state while studying for a math exam or reading.

Idea #16: The Swing Playlist: When was the last time you listened to some quality Swing from the 20s and 30s? Check it out!

Idea #17: The International Focus Playlist: Pick a county or a group of regional nations and build a playlist of the top hits they’re sporting.

Idea #18: The My Funeral Playlist: What songs would you want to play at your funeral? Or better yet, if you could have a music player installed into your tombstone that would just continue to play on and on at your grave…? Hey, it could be solar powered!

Idea #19: The Getaway Playlist: Imagine you’re in a car running from the mob, the law or perhaps alien spacecraft. What are the perfect songs for a high speed getaway? Tip: they should help you focus.

Idea #20: The When I Was Born Playlist: What were the songs of the day on the day you were born?

What about you though, what’s your study playlist look like and why?

Is Making Friends After College a Struggle?

9 Strategies to Reduce Your Anxiety Before and After College Exams

How to Handle Online Classes and Avoid Burnout