With Halloween just around the corner, everyone is making the all-important choice about what to wear this year.

For college guys, this isn’t easy. That is why we have prepared a list of 20 Halloween Costumes for College Guys that will make you stand out at your next Halloween party!

You can’t go wrong with a recognizable costume like Where’s Waldo. It is familiar, fun, and requires a very simple striped shirt, blue jeans, and matching beanie. You will have a blast hiding in plain sight at any Halloween party!

Meeting girls this Halloween won’t be a problem when you dress up as a “chick magnet.” Ask yourself, who doesn’t love a huge magnet? Making this one on your own is pretty simple. Just a few pieces of cardboard, some paint, and a trip to the store for some adorable little plastic chicks to stick on the ends. 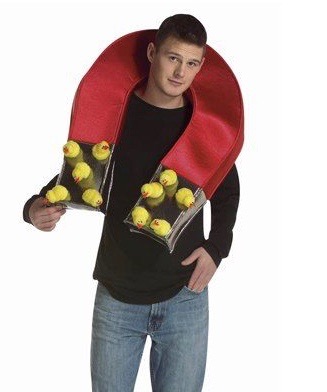 The movie “300” inspired a whole generation of college guys to dress up as Spartans. Now in 2018, a traditional Spartan costume has become a bit basic. When not make your own out of your favorite beer cans and cartons like the guy below. The instructions are easy to follow and you can use any of your favorite beer packaging for shields, swords, and helmets. THIS IS HALLOWEEN!! 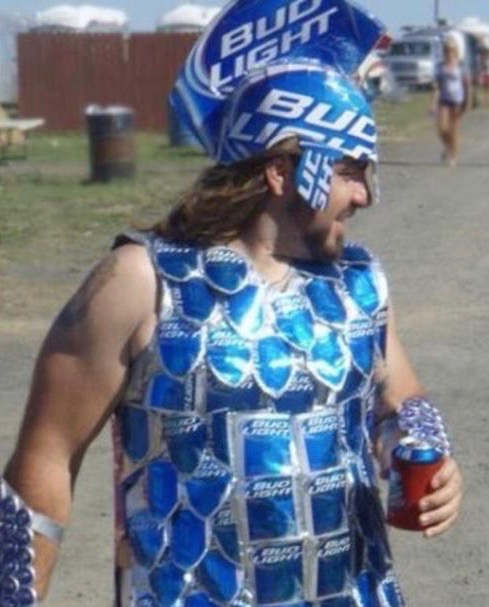 4. The One Night Stand Costume

Nothing makes a better conversation starter than a funny costume. This literal version of the common college phrase “one night stand” is the perfect way to break the ice at any Halloween party. Making it is easy and you can get pretty clever with the items you keep on top of it. 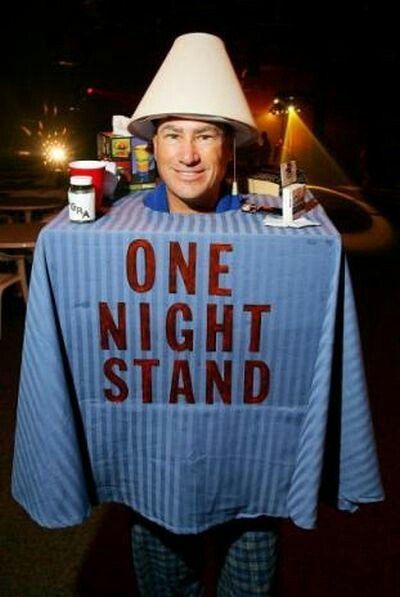 Chances are that you want to meet someone special this Halloween. Why stress over a costume that attracts people when you already have a way to connect? Going as your own Tinder profile gives people you want to meet the chance to swipe left or right in person. Who knows, maybe you’ll find a match this Halloween! 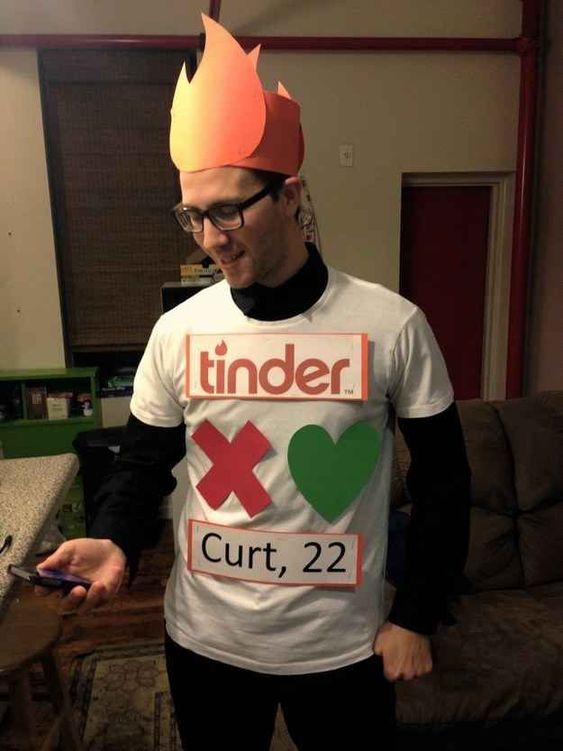 6. The Twister Board Costume

Playing on nostalgia is a grand tradition of Halloween and going as al all-time-favorite board game is a great way to stand out at your next Halloween party. This Twister costume, for example, gives you a fun and colorful costume that you can use to get twisted up into the Halloween spirit! 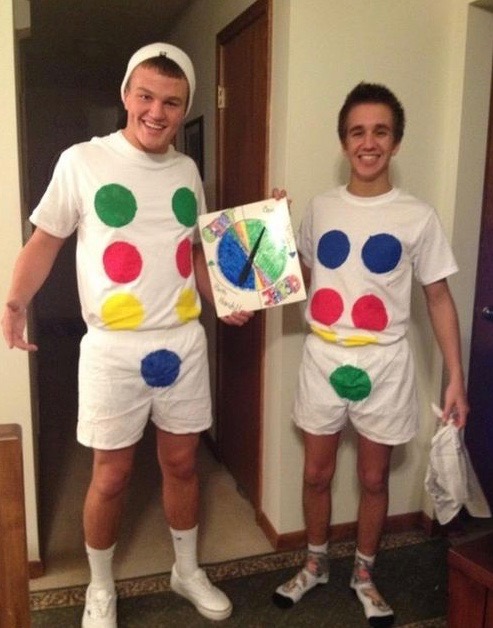 Everyone loves a good play on words. Especially when it comes to the steamy romantic fiction novel 50 Shades of Grey. While the subject matter of the book might not be appropriate for every Halloween festivity, putting a twist on the costume can be fun and creative. Consider what this guy did below by going to your local hardware or paint store and grabbing every sample of grey you can find so you can tape it to your body. You can even make a fancy hat!

This costume is a bit on the nose but hilarious and creative nonetheless. Dressing up as everyone’s favorite place to play as a kid – the ball pit – gives you the chance to let people get “interactive” with your costume. Making your own requires some suspenders, a basket, and a whole lotta balls.

From Paul Bunyan to Mr. Brawny, it’s safe to say that everyone loves a lumberjack. There is just something about a man that can survive on his own in the wilderness that makes him immediately magnetic and charming. Dressing up as one for Halloween is sure to make you a party favorite. This costume is one of the easiest on the list to make for yourself. You just need a flannel t-shirt, suspenders, an ax or hatchet, and boots.

10. The Missing Person On A Milk Carton Costume

If you don’t have the time to come up with a full head to toe costume, then we suggest working on the head. This missing persons milk carton costume is an easy way to join in on the Halloween celebration without having to put too much effort into a full costume. Moving boxes are perfect for making your own milk box. 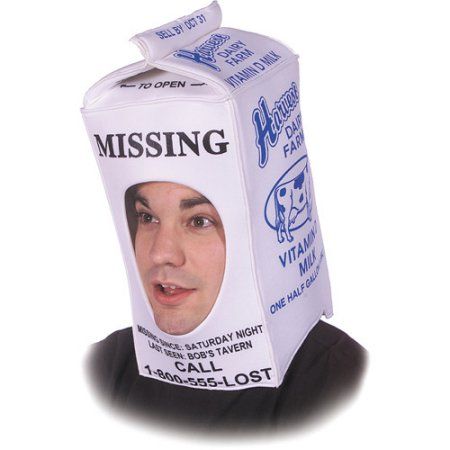 11. The Error Costume Not Found Costume

Halloween may be one of the most popular holidays in the USA, but not everyone wants to get into the spirit of it. But that doesn’t mean they can’t at least participate…or at least let people know they aren’t participating. If you aren’t a fan of Halloween but don’t want the ridicule of not dressing up for the party you are going to, consider a clever costume like the guy below that reads “Error 404. Costume Not Found.” At least people will know you tried. 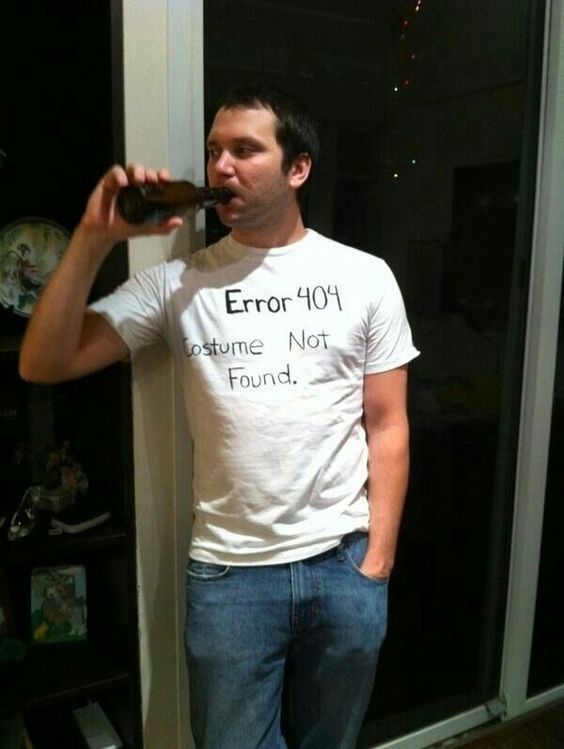 Women aren’t the only ones who can turn a normal costume into a sexy one. If Halloween is more about showing off your body, then you can’t go wrong with this sexy fireman costume. It is basically the same as a regular fireman costume but with no shirt, six-pack abs, and a charming smile.

Show everyone at your next Halloween party how sexy and dangerous you can be with a classic Top Gun costume. It is easy to make yourself and really only requires some military patches, dog tags, aviator sunglasses, and a cool slick hairdo! 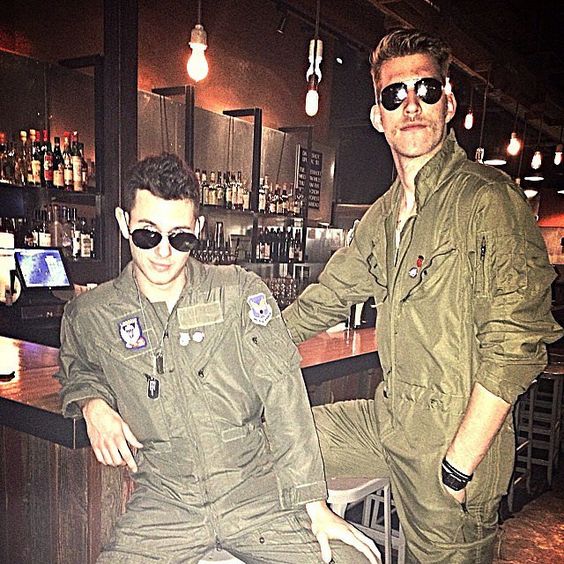 A Halloween costume can be hard to choose. But with the Aladdin Costume from the hit Disney movie, you’ll have a fun and familiar way to celebrate Halloween this year. Make your own and accent it with details like a flying carpet, magic lamp, and toy monkey on your back. 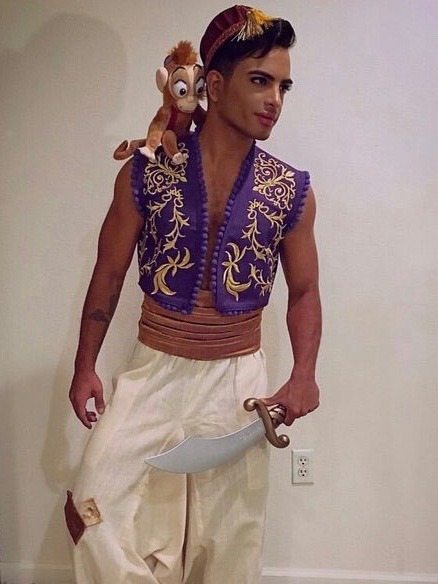 Take a page from the hit series “Orange Is The New Black” and dress up like a prison inmate for Halloween this year. It’s an easy costume that just requires a jumpsuit and a black marker. You can even add details like shackles, tattoos, and tin cups. 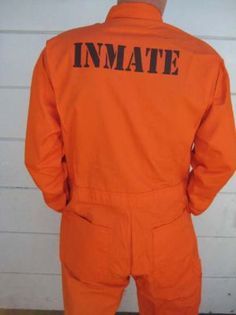 It is a well-known fact that drinking and college seem to go hand in hand. Why not capitalize on that this Halloween and go as one of college students’ all-time favorite shots: The Jager Bomb. 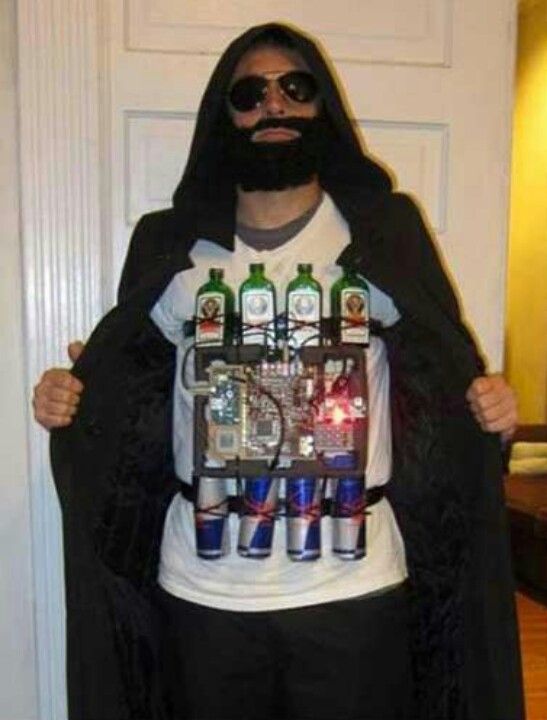 It is often said that “Imitation is the best form of flattery.” Nothing could be truer of your favorite novels and books. So why not show how much you love your favorite works of literature like the guy below who has taken a page from The Shining. The added benefit is that you can let everyone know you have arrived to the party by walking into the room and yelling, “HERE’S JOHNNY!” 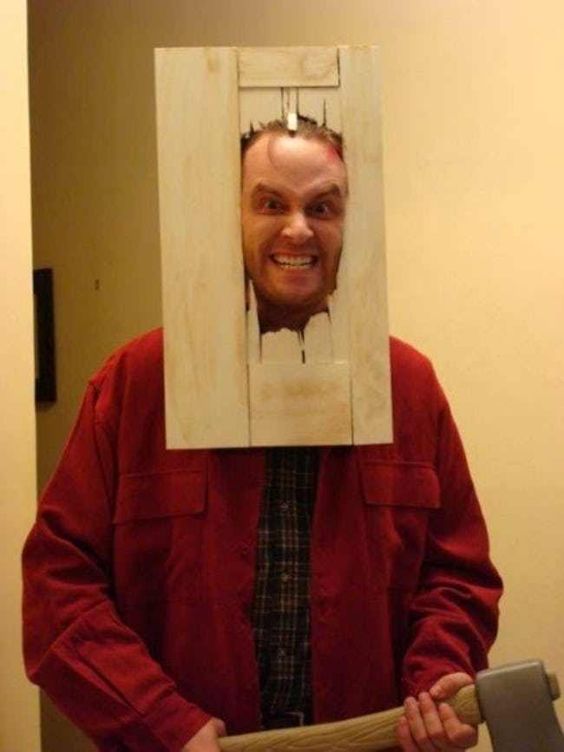 If you love Halloween but hate socializing at parties, then this DeadMau5 costume is the perfect solution to your social anxiety. The iconic mouse head of this famous Canadian DJ and producer has a spooky and fun vibe to it that will fit right in with the spirit of Halloween. Making it is easy! 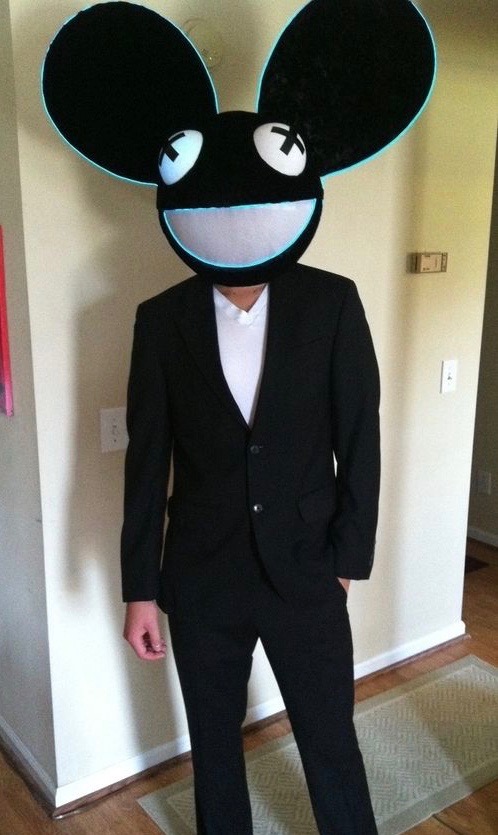 Guys, you’ll have no excuse this year for showing up to your college Halloween bash without a costume! These fun costume ideas are sure to make you the hit of the party.

And if you need even more ideas, check out this post with Halloween costume ideas!