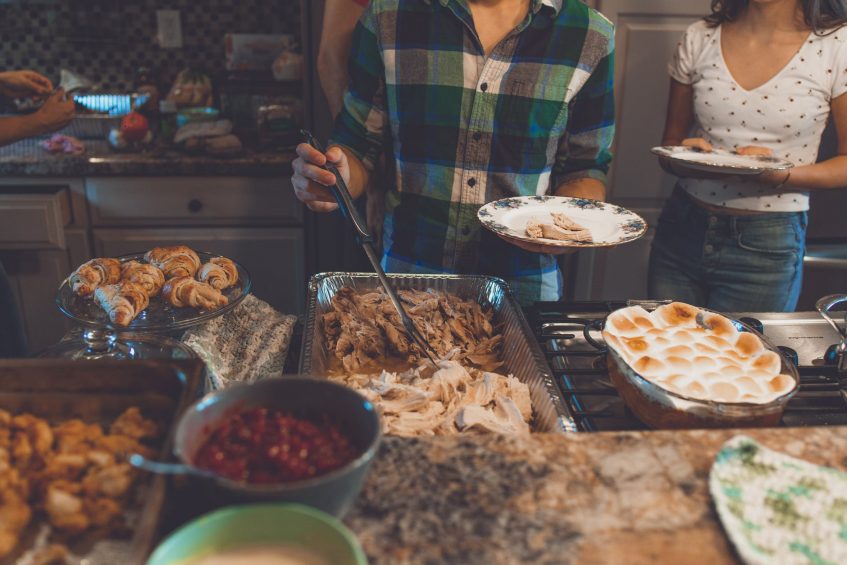 During every single Thanksgiving break there’s that chunk of the student body who for whatever reason can’t make it home to be with their family. They’re scattered throughout the dorms. They’re huddling in the on-campus housing. They’re alone in their apartments.

Well, this article is for them. It explains how to set up and execute a monolithic Thanksgiving break costume party.

The hunt for the perfect location should begin no later than around the beginning of September. That gives you three months to set this thing up. More than enough time to make it completely legit from top to bottom.

You can either talk with the school to see if there’s a way you can use an on-campus location (potential funding), or you can take it off-campus.

Off-campus is ideal. There’s got to be someone sticking around campus that lives in a big house. All the roommates took off, so there’s nothing but space! The point is you want to find a suitable house with enough breathing room (including yard) for anywhere from 20-150+ people.

Directly, in person, talk to all the surrounding neighbors and people in the area. Just be honest. You’re putting together a Thanksgiving themed costume party for students staying on campus, or who really have nowhere to go for the holidays.

No, this isn’t supposed to be some typical obnoxious party where everyone is getting drunk. Actually there will be turkey, lots of food, and fun. A real quality party and if they want to dress up they’re more than welcome to come!

Be completely upfront with law enforcement. Their main concerns are going to be illegal activity (underage drinking) and adhering to noise/fire codes. The writer of this article is envisioning clean and drug-free fun. Ideally you should be as well. You’re advised to invite police to stop by at their leisure. Tell them you’ll set aside a couple plates just for them…

This shindig should start relatively early in the day, say 2pm, and go through to roughly 8pm. Begin spreading the word about two months out, so the beginning of October. This is probably the best way to do that:

The quicker you get a handle on your expected head counts the better because you don’t want to go overboard, but you don’t want make it not worth the time and effort or have people show and not get fed. This party will need some funding regardless.

If you take it seriously and have a team in place to hand out responsibilities and coordinate things, it will be really fun and the students who come will never forget it!

Colleges typically have something going on on-campus for students that stick around, but nothing could be more awesome than a student run and student funded Thanksgiving Day Costume Party. How many Indians and Pilgrims will show?

Do you plan to host a college Thanksgiving party? Share your tips and ideas in the comments section below the post!