The Worst Excuses for Missing Class (and the Best Ones)

We all pretend to be sick from time to time in order to skip a class or work. However, who wouldn’t agree that it is hardly the best excuse? What are the worst excuses that you should never give to your teacher or to your professor? We asked a few professors about their experiences, and this is what they gave us.

The Worst Excuses According to Professors’

We have asked a few professors the question, “Do you have a story of a ridiculous student’s excuse?” And these are their answers.

1. She had an assignment for another class to complete.

“One girl once told me that she couldn’t come to my class because she had to complete a research paper for another class. I know that this is the case for many students and some of them skip classes when they have too little time to manage some tasks. But telling it straight to the professor’s face is just rude. You mean that my class isn’t important?”

“I have one story. One girl told me she couldn’t come because she literally couldn’t walk. She attended some festival and was dancing so much that she got corns on her feet.”

3. She had a fight with her boyfriend

“The girl told me she didn’t come because she was talking with her boyfriend over the phone for 4 hours straight. They had a huge fight. She really thought that I would be more empathetic than I actually was.”

4. He hadn’t washed his clothes

“Another time one student told me that he couldn’t come because all of his clothes were dirty and smelled bad. So, he decided not to come at all.”

“I don’t really know why this student thought that was a good excuse. But he really told me he wasn’t in the mood for a class. I asked what he did instead. He said that he was just hanging around the dorm.”

6. His doctor recommended him to skip the class

“Yes, one guy just told me he had a good reason not to come to the test – his doctor recommended him to avoid such stress. I asked if I could talk to his doctor, but he refused to give me any contacts. No need to say that he missed a lot of classes.”

7. Was unclogging the shower drain

“I have a lot of stories to tell. One guy said that he had a shower drain clogged, so he had to fix that. Once I also asked a girl why she wasn’t present in the class for the whole month. She said she was upset because there was a robbery on her street, so she stayed home in case a burglar comes to steal her family silverware. I hope no one will use the same excuse again.”

Should You Always Provide an Excuse?

You might be surprised, but not all professors are interested in hearing you mumble about family emergencies, bus accidents, etc.

“Got to admit that I consider this just a waste of time: mine because I have to listen to those excuses and students’ because they spend time making up some fantastic stories. I would more appreciate them doing something more useful. If a student comes and says that they didn’t come to my class, so they want to get some materials or assignments, I won’t ask for an excuse.”

So, should you actually explain the reason why you didn’t attend a class? Well, it all depends on your professor. You might give a brief excuse first, or none at all, and then explain in more detail if asked to. Sometimes your actions and your willingness to catch up on the material tells much more about you than excuses. Also, read our article on how to make connections with college professors. 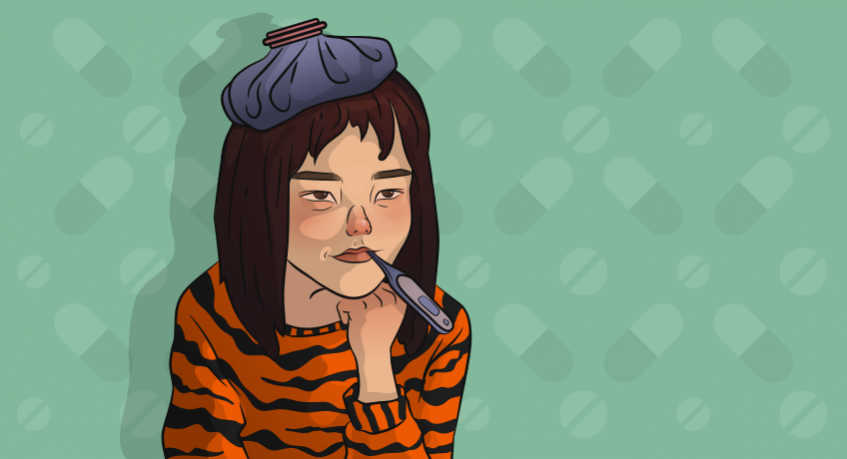 What Is the Most Common Excuse?

Most classes are skipped due to very banal reasons: sickness or some kind of emergency (if not talking about the reason “I just couldn’t get myself out of bed in the morning”). It’s hard to pay attention to what’s going in the class when you have a fever. Moreover, it’s not always possible to even leave your room when you have food poisoning, for example. So, many professors are quite understanding about this kind of problem. They are people too. You just need to let them know that you are not able to come to class as soon as possible.

However, you should not take advantage of your professor’s patience. If you are “sick” as frequently as almost every week, that is suspicious.

“Well, being sick and staying productive is not always manageable. I’ve been a student myself, so I understand that it’s a great temptation to skip a class and then say that it was due to sickness. I would say that people who lie about such things ruin it for everyone as it’s hard to tell who says the truth.”

When you are really sick, there is nothing wrong with telling your professor about it. If you have any proof, it will be a bonus. But be careful if you are making up a story. By the way, if you need to write an email to your professor, our tips will definitely come in handy.

“You know, it’s all fine until some student tries to treat me as naïve. I’m not. So, when they give me some “proof” of being very sick for one day (very conveniently the day of the test or massive assignment deadline), I want to ask them, “Are you 12?” I mean, if you have food poisoning or something, tell me straight away. There is no need to bring me fake doctor’s notes.”

What excuses do you use in case you miss a class? Let us know in the comments!