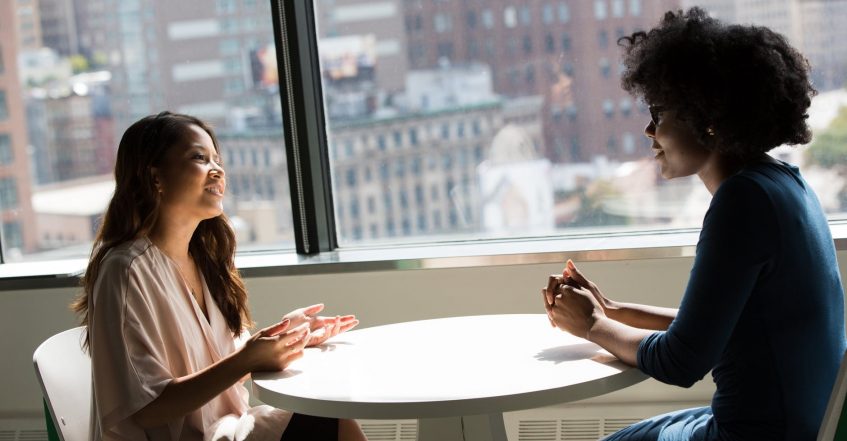 It’s happened to everyone. You got into a heated discussion with someone over a serious topic but left feeling like you had lost the argument. Even if you have sound ideas in your head, getting them across effectively takes skill and practice. Here are nine tips on persuading your opponent and winning that next debate.

It may seem obvious, but if you don’t know a lot about the matter being discussed, you’re not likely to make a strong case for your opinion. It’s not enough to say, “Movie X is ridiculous,” or “Book Y is stupid.” If you can’t offer facts to back up your statements, you will come across as nothing more than a bag of hot air.

Even if you have statistics and other hard facts to back up your opinion, they won’t make an impression if you deliver them weakly. The moment you appear to be unsure of yourself, your opponent will move in for the kill, and once you lose your footing, you may not be able to recover from the blow. Even if you’re arguing something that’s blatantly wrong, delivering your message confidently may be enough to win at least some spectators over to your side.

As the long-running TV show “Criminal Minds” asserts, “To catch a killer, you have to think like one.” Likewise, to argue effectively, you need to understand how your opponent thinks and why he or she believes strongly in their viewpoint. Understanding your opponent’s angle will help you be more respectful, and paradoxically, this will help you make more intelligent statements. If you think your opponent is being stupid or silly, you’re less likely to get to the crux of the issue and win the argument.

If you haven’t yet taken a logic class, be sure to register for one during your college career. You’ll learn invaluable skills that will serve you in your career and your personal life. In general, be sure not to contradict yourself. Refer back to your earlier statements, and be ready to point out fallacies in your opponent’s logic.

A good argument is about what you say and what you hear. If you’re not paying attention to what your opponent says, you may not come up with effective counterarguments. You could also miss key opportunities to break down your opponent’s case. While it’s tempting to think about what you’re going to say next, remember that there’s no timer in a real-life debate. Listen carefully. You can always take a few moments before responding.

A good argument includes not only statements, but also questions. Think about how a trial lawyer questions witnesses in the courtroom to elicit desired information. Use well-timed and well-phrased questions to break down your opponent’s argument. Ask if the person has any facts to back up his or her claims. Ask hypothetical questions to illustrate a poor idea. You can also question your opponent’s motivation by saying things such as, “Why are you so rigid about this issue?”

If your opponent should happen to point out a flaw in your own argument, concede gracefully. Defending a glaring error will not help you win the overall argument. Rather, use the opportunity to make an “Okay, but…” type of response. The ball’s in your court, so distract the opponent (and any audience) from the mistake and get things back on track.

Choose your battles. Focus on your stronger evidence, and eliminate the weaker. It’s better to make fewer valid points than to make many dubious ones. If skilled, your opponent will quickly swoop down on your less effective statements and break down your argument. One or two solid points are difficult to pick apart.

By that, we don’t mean stripping down to your underwear during a debate—although that would certainly serve as a temporary distraction! Instead, you can find subtle ways to anger your opponent. Once that person loses his or her temper, he or she may lose their grip on their solid argument. As soon as they falter, you can take advantage of their weakness. Or your opponent may become so angry that he or she withdraws from the argument, which makes you appear to have won.

Finally, try to stay calm yourself. Once you blow your top, your debating skills will become impaired, and your whole case may be derailed. There’s no reason to lose your temper, even if you outright lose an argument. Examine what went wrong so you can do your best to change the outcome next time around.

Topics: Life Hacks
Tags: debate
Become a smarter student with Essay Tigers.
Let us help you with your assignments.
Find out more

How to Manage Studying and Sports
26 January 2018 Read more