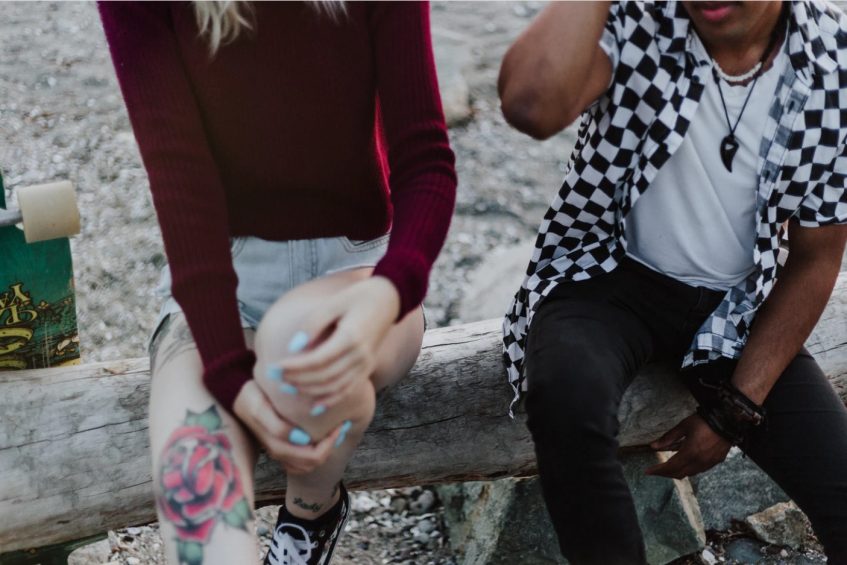 How To Tell If A Guy Likes You [Guest Post]

Sometimes guys are difficult to read. But if you know how to read them, guys can be the most simple and easiest to understand. Most guys won’t just come out and saying, “I like you” or “I want you to be my girlfriend”. No, it won’t be that simple. When a guy is into you, he might play a mysterious way. Most likely, he would make you GUESS his true intentions.

So if you want to figure out whether he is into or not, you need to pay attention to his action. And that is the reason why we want to share with you seven signs when a guy likes you.

Guys always take a little time to fully realize if they like someone. Even if he’s in love with you, the vast majority of guys are going to be silent and secretive. Their pride or shyness won’t let them easily confess their feeling. So if you’re confused about whether he secretly likes you or not, you need to pay extra attention to his actions.

1. He treats you differently

You drop the pen, he runs to get it. You put on a new outfit, he will be the first to notice and compliment you.

You’re carrying something that’s obviously not heavy, but he still offers help. He goes out of his way for you when he likes you, in a way that he wouldn’t do with just anybody.

Perhaps he’s a tough macho for everyone else but he’s sweet and compassionate with you. Or maybe he’s a sweet guy with everyone else, but he’s acting a little “macho” around you.

Eventually, if a guy is clearly treating you differently than other girls, it could just mean that he likes you, but he doesn’t want to go out and say it.

In this case, a well-known phrase, “eyes never lie” is proven. You can say a lot about the person just by looking into their eyes.

The eyes are the window to the soul. They can tell a secret and help you understand more about the person.

Pay attention to his eyes, if he always looking at you when you are not looking at him, you have his attention and he wants to know every single thing about you.

And if he looks straight into your eyes when he talks to you, he might also be interested in you. According to the article here, people who have a stronger love connection, tend to hold eye contact for a longer period of time those who’re a weaker love connection.

3. He shows up everywhere you go

Did he show up on your usual walking route, or on your way to school or at the bus stop? Yes?

If you always see him there, again and again, there’s is a good chance that it is not a coincidence. Maybe he was there because of you, waiting for you to show up.

When a guy spends too much time showing up everywhere you go, he might really like you and wants to be around you.

Granted, if you both go to the same school or live in the same little town, running into each other could be unavoidable. But, if the run is way too obvious to be a pure coincidence, it’s a strong sign that he’s turning up purposely because he likes you. By the way, have you checked our post on the pros and cons of dating your classmate? If not, go check that out, it is very useful.

4. He acts shy around you

We all get nervous around our crush right? So he too may get nervous around you. If you think he blushes easily around you, stumbles on his words, looks shy or nervous, freezes up, his hands are shaking when he is near you, or he looks away really fast when you see him watching you.

All of those reasons are obviously big chances that he is into you.

Most of the time, guys aren’t shy or nervous around women they’re not interested in. There are no reasons for him to feel shy unless they have something to lose with you. 🙂

5. He stalks your social media

We live in a world where connecting on social media is an indicator of real-life connections. If he starts to follow you or talk to you on social media, that means he is interested to know you and he is spending his personal time on you.

Also, pay attention to his action on your social media. If he digs through your posts and pictures (liking and comments) from the past to get a sense of who you are, he really wants to know you in your real life.

6. He shows interest in your passion

A man who’s very interested in you shows an interest in your passion.  Did he try to figure out your interest? Did he start acting interested in things like your favorite bands or TV shows? If yes, he might be trying to build a deeper connection with you.

For example, you love a music band that not popular, but he is trying to find a way to show interest by listening to the songs or even asks you about the music band to start the conversation with you.

7. He tries to get your attention

If a guy is interested in you, he’ll try to get your attention by teasing you. His motives for teasing you are not to embarrass you, but to engage with you in a conversation.

Teasing a girl is the most forward way to get the girl’s attention. And younger guys are the most likely love to use this tactic. He might even do something stupid just to get your attention to his existence. The only reason a guy trying to get a girl’s attention is that he’s got feelings for you

You should keep an eye on his actions. If he’s showing some of those signs, it usually means he’s attracted to you. The best-case scenario is that he knows that you like him and then he will no longer feel like he wants to hide his feelings from you.

Stay blessed as always, and keep the love alive!