What’s the Best Food to Eat Before a Test

Proper nutrition is important, and doubly so on important days like when you take a test. Keeping up your energy during the exam is crucial to your success. Ever had one of those times when you’re staring at the sheet and are just drawing a blank, even though you know for sure you’ve studied this? It might be because you didn’t pay proper attention to what you ate, and it resulted in your blood sugar flatlining at the worst moment. Here’s a little guide on how to avoid it happening again.

Eat Light the Night Before

If you’re cramming the night before a test (like any proper student would), it might be hard not to get pizza as a way of rewarding yourself. You should consider putting off that reward until you actually write the test, though. It’s best to wake up hungry and not with that ‘pregnant’ feeling everyone gets when eating right before going to bed.

First thing you should do for energy is drink water. Americans, as a whole, don’t drink enough liquids, if you discount for sugary drinks. A glass of cold water on an empty stomach is a great way to start the day and boost your metabolism – which means you’ll have more energy throughout the day.

Starting your day right means getting all the vitamins your body is going to need throughout the day. Consider, at the least, fish oil and a vitamin B supplement. Fish oil is great for energy boosting, as well as increasing metabolism and clearing up skin, and without sufficient B12, your body is not going to have proper energy reserves, and that’s just two of them. Getting a blood test from your doctor will tell you better what daily supplements you should be taking.

Unless you’re a total, complete addict, you’ll want to go without coffee and especially energy drinks. Drinking them gives an energy boost, but the ‘crash’ or ‘comedown’ is not worth it, especially if it happens while you’re taking your test. If you absolutely cannot start the day without a beverage to bolster your energy, try green tea. It has lower amounts of caffeine, but does have anti-oxidants that coffee lacks.

The most important meal of the day. If you’re one of those people who doesn’t have their first meal until lunchtime, you should think about having a proper breakfast. This will provide you with the energy boost you get from coffee, and sustain you until you have lunch.

Since breakfast is the most vital meal of the day, you should be all that choosier with what you eat. Try and avoid sugary cereals. Yes, they’re pretty much the best, and you might say, why even wake up if I can’t have my sugar fix right away? The same reason as coffee: sugar, as well as all carbs, gets you going fast, and you crash just as hard. It’s the thing that metabolizes the fastest, so it won’t sustain you for very long, and, as has been said above, we’re trying to avoid that crash.

Instead of Lucky Charms, try something that’s high in fat and protein. Eggs with hummus, for instance. Some sort of lean meat, like grass-fed beef or salmon is also a great way to start the day. Try it with some avocado for those healthy omega acids, and eat it on an English muffin to avoid being completely boring with your food choices. If you’re a vegan, try mixing quinoa or chickpeas with some spinach or kale, add some nuts, and dress with vinegar for a morning salad.

Whatever you’re eating on exam day, be conscious of how long it’s going to sustain you for. You know your body best, and if you know a Red Bull in the morning and a Red Bull before the test is going to get you through it, then, by all means, indulge. Keep in mind, though, you’re not going to be 20 forever, and at some point you’re going to have to think about how healthy the choices you’re making are. Until then, have fun.

Topics: Life Hacks
Tags: food   study for finals
Become a smarter student with Essay Tigers.
Let us help you with your assignments.
Find out more 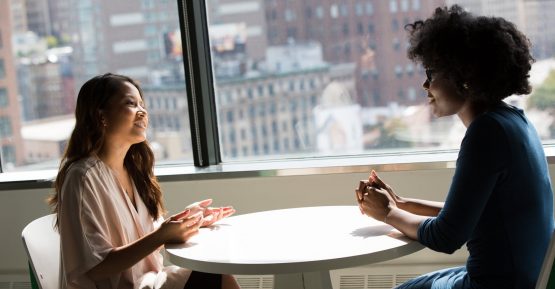