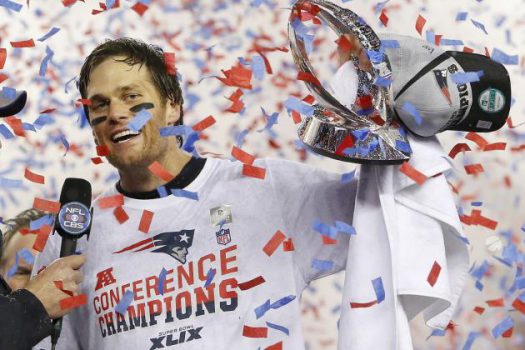 Super Bowl is the most popular show among Americans. In a bit more than a week the whole nation will be glued to the screen to see the game. And there is a number of reasons for that!
Loving NFL is a long lasting tradition, so nobody actually asks questions like – Why watch Super Bowl? or Why do you like Super Bowl? or (God forbid) What is Super Bowl?

However, we decided to bring these wonderful Super Bowl things together to make your week of game anticipation even more exciting. This post is also for Super Bowl haters. You still time to change your mind start loving Super Bowl (because in week it’s going to be too late!)

Okay, maybe there’s a fair amount of other things going on in this world that need more attention. And yes, it would be nice if we saw the same passion and fervor for civil rights and personal liberties these days. But at least this magical game, when the best of the best go head to head and the commenters are flipping out, brings people together in sports bars and living rooms across the land.

Chanting, cheering, stumbling around, and pretty much going quasi-insane for a few hours. It’s good fun. And listen, Super Bowl parties run the whole gauntlet from two dudes in their boxers in their dorm room eating Cheetos from the vending machine on the first floor…to blockbuster block parties and after-parties that literally anger the gods. It proves that whether you want it or not – football is a part of our national heritage…a part of the DNA, to be more precise.

Chips and dips, wings and BBQ feasts, casseroles galore – Super Bowl food comes in many different nuances of class and sophistication. There’s your cheap and dirty munchies finished off with piss beer and then all the more “adult” parties where they take some time to make decent grub: gourmet sandwiches, tiny sirloin burgers, high-brow quesadillas, etc. If you get invited to one of these parties start counting your blessings!

The food rocks no matter what though. And, while the game’s going it doesn’t matter if it’s the most fattening food in the known galaxy.

Corporations pull out all the stops, it’s madness! Throughout the rest of the year most commercials are like Super Villain fingernails carving words into chalk boards. Then suddenly, this one spellbinding game comes around and almost all the commercials are either super-deep thinker-pieces, or funny as hell.

According to superbowl-commercials.org (yep, there’s a website for everything), here are a couple big hits from 2014:

Oh man, then you’ve got the halftime show, which, let’s be honest, is pretty hit or miss. Some years it’s dull or you’re laughing all over the place. But some years, wow, the show knocks your socks off and typically delivers some controversy to boot! In case you’re wondering, the Billboard list of the Best Half-Time shows claims these are the top 3 so far:

True, it’s not so cool when these rivalries get out of hand and people riot after football games. But to be honest, sports rivalries are much safer than wars, battles, revolutions, civil upheaval, geopolitical struggles, and all the other sorts of violent ways people create to release some steam.

The Super Bowl let’s people who love the game really beat up a few pillows, scream at TVs, throw controllers, pull out a little hair, tear a jersey or two, and stomp around like they’ve got the last of their savings account riding on the game.

We follow NFL for the whole year. We know the players and all about them – what coffee they drink, how their girlfriends look like and their football career, of course. We know the strengths and weaknesses of each team. And one day – here they are on the field. The struggle begins. Each move counts. Each moment can be decisive. One big winning or a big failure. Fans rage. That’s the atmosphere where the legends are born. These stories are remembered and passed from generation to generation. These stories inspire. So, each Super Bowl is legendary and can’t be missed for anything on earth.

And that’s why we love the Super Bowl!

Are there any reasons you like Super Bowl that we didn’t mention! Agree or disagree with us in the comments!