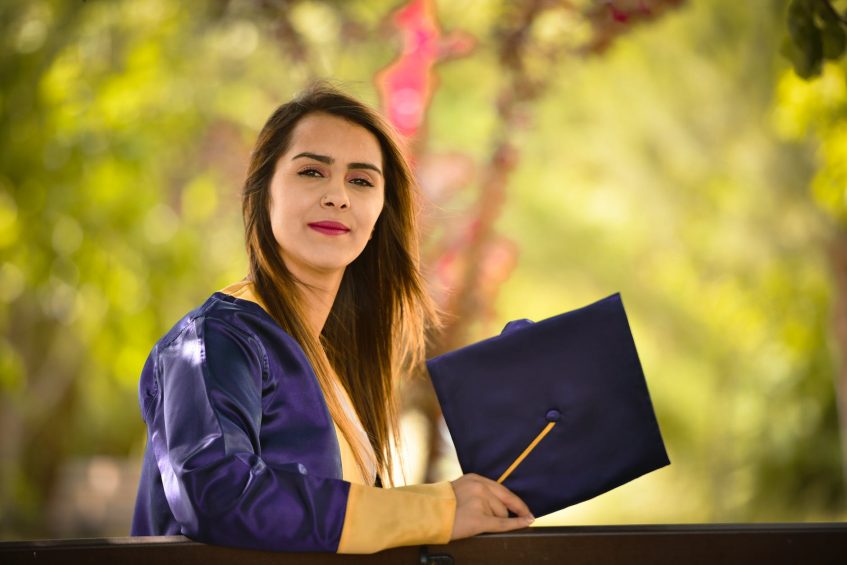 The Rising Value of a College Degree

The cost of getting a college education has risen sharply over the last several years, and a number of students (and their families) may be wondering whether the cost of attending a post-secondary institution is really worth it. Reading news stories or hearing anecdotal tales about recent grads being unable to find work only adds fuel to the fire.

When you take a closer look at the facts, a college degree is still a very good investment for students, and it pays off over a person’s working life several times over. Instead of questioning the value of higher education, now is the time to ask whether young people can afford to skip this step when planning their future.

When you look at the average cost of tuition at a four-year college, the numbers are nothing less than astounding. For families that have more than one child attending college, they may seem overwhelming.

According to the College Board, the average cost of tuition for a four-year program at a private college is $29,056 per year. In-state students will pay $8,655 to attend a public four-year college. When you add in other expenses, such as room and board, books, transportation, and other expenses, the full cost of getting a degree from one of the more expensive schools could be more than $200,000.

This is a lot of money.

The cost of not going to school is much higher.

How Much More College Graduates Earn Over Their Lifetime

A survey conducted by Pew Research found that Millennials with a college degree who were working full time earned approximately $17,500 more per year than those who had only a high school diploma. ($45,500 as opposed to $28,000). This 38 percent difference in earning power was double what it was in 1965, when the difference between high school and college graduates was only $7,449 (figure adjusted for inflation).

The days when someone could graduate from high school and find a good-paying job for life are largely gone. Salaries do increase over time, but adults who hold a bachelor’s degree will have a larger earning capacity over the course of their career, compared to those who have completed high school only.

A study from the Georgetown University Center on Education and the Workforce called The College Payoff found that adults who hold an undergraduate degree reaped the benefits of a significantly larger boost to their earnings over time. For one thing, college graduates between the ages of 40 and 44 earn, on average, 50 percent more than when they entered the workforce. Workers who have only a high school diploma earn, on average only 25 percent more after 20 years or more in the workforce.

A college graduate will likely earn $2.3 million during his or her lifetime, as opposed to $1.3 million for a high school graduate. Going to school for four more years to complete a bachelor’s degree translates to 74 percent more over a working life than stopping at the high school diploma stage.

Other Benefits of Investing in a College Degree

Higher earning power is not the only benefit of earning a college degree. College-degree holders are less likely to be out of work than less educated adults.

The unemployment rate for college graduates over the age of 25 was 3.4 percent, as opposed to 6.3 percent for those who have only a high school diploma, according to Federal Reserve Economic Data. When you examine figures for new graduates, the figures are even more pronounced.

The Pew Research Center found that only 3.8 percent of Millennials who hold college degrees are unemployed, compared to 12.2 percent who only graduated from high school. Having a college degree does give adults a certain level of protection from being jobless, even when the economy is slow.

Gains for Educated Worker Will Continue to Grow

College educated workers will continue to have the advantage going forward. The Bureau of Labor Statistics (BLS) tracks the occupations which are projected to grow the fastest between now and the year 2020. 19 of the top 30 jobs require some type of postsecondary education. Its no surprise that they also pay higher median wages.

Some fields of study make better choices than others if you are making a decision about what to focus on in college. Science, engineering, and math students tend to have an easier time finding jobs and are offered higher starting salaries than grads from arts and humanities.

Completing the requirements for a four-year degree teaches students valuable skills that employers are looking for in all types of jobs, including good oral and written communication skills, the ability to work well with others, and critical thinking ability. For these reasons, as well as the ones listed above, the vast majority of college graduates (91 percent) and 88 percent of Millennials say that the experience of going to college was worthwhile.

Want to discuss? Share your thoughts in the comments below!