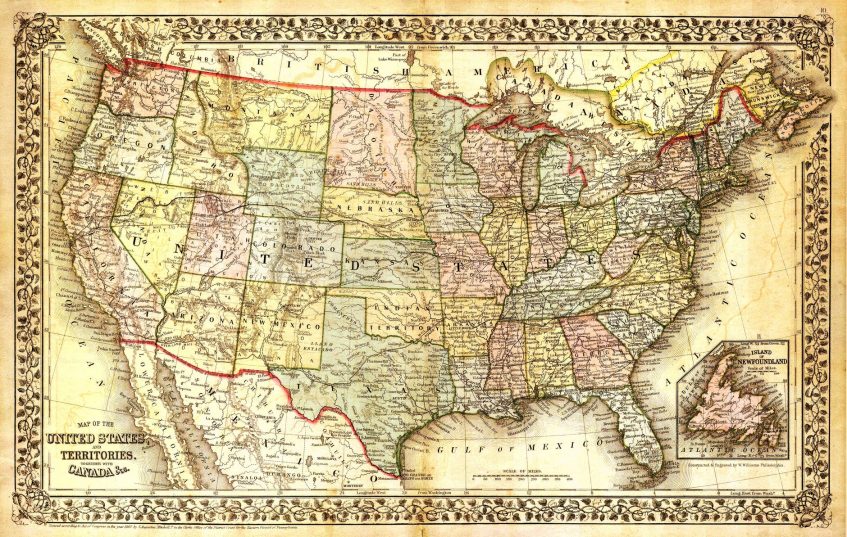 An icon of exploration, early innovator of navigation and shrewdly ambitious, Christopher Columbus is one of those historical figures with plenty of lessons to teach us. In this article we’re going to skip past the more well-known info, and take a sobering look at what a profound impact his life had upon the human species as a whole.

The Duality of Great Minds

No one’s ever claimed Mr. Columbus is or was a saint. While as children we’re taught about the four trips across the Atlantic in search of a new and shorter route to Asia, adults tend to shield us from the realities of those days. For example, slavery.

“They should be good servants….I, our Lord being pleased, will take hence, at the time of my departure, six natives for your Highnesses.”

That’s taken from his own personal journal; the entry was October 12th, 1492, the first day he met Native Americans. The “captives” were then pranced through the streets of Barcelona, as glory to an expanding empire.

522 years ago slavery was a fact of life. The world was a very different place. Columbus and his crew had other agendas besides forging new trade routes. They also sought to glorify the Spanish crown, sow seeds of Catholicism wherever they went and exploit indigenous people for riches and glory.

The Balancing Act of History

We can’t cast stones today, because we have no idea what it was really like to mingle with royalty and sail the seas in old ships, to meet new people and explore brand new territories. The more you learn about Columbus the more and more human he becomes. As is often the case in life, you have to take the good with the bad, so to speak.

Did he forge a connection between two worlds literally a world apart? Yes. Does that mean he’s solely responsible for everything that took place afterwards in terms of conquest, colonization and laying the foundation for America as we know it? No.

A Mix of Destiny and Free Will

It was either destiny or chance that Columbus would be, “the guy” who opened to the door to a gargantuan transfer of people, plants, animals, diseases, etc. We’ll never know. Perhaps it was a bit of both. Regardless, it had to be someone. At the time, we can assume that he saw himself as a great man, destined to have his name stitched into the fabric of human history. And he was right!

But did he intend to bring small pox to the Native Americans? No. How could someone at that time understand what was happening? They had no way to look at the world as a huge petri dish and grasp the dangers of mixing foreign cultures. All he knew was ambition. All he knew was serving his interests, as well as the interests of the Spanish crown, his crews, the church and financiers.

A Timeless Rags to Riches Story

Well, in truth, he didn’t die a rich man. In fact, according to Biography.com:

“In the two remaining years of his life, Columbus struggled to recover his lost titles and in May of 1505 did regain some of his riches, but his titles were never returned. He died May 20, 1506 still believing he had discovered a shorter route to Asia.”

But, he did manage to go from the adventurous son of a wool merchant, to hatching a plan that would transform our world. He was also a pretty smart guy. Here’s an interesting snipped from History.com:

“When he was still a teenager, he got a job on a merchant ship. He remained at sea until 1470 [19 years old], when French privateers attacked his ship as it sailed north along the Portuguese coast. The boat sank, but the young Columbus floated to shore on a scrap of wood and made his way to Lisbon, where he studied mathematics, astronomy, cartography and navigation.”

So, if he didn’t really discover America, and he wasn’t the first explorer to land in the New World, why did he become the darling of history? Because his expeditions above all others at the time led to Spanish conquistadores and the eventual creation of modern America. Was it pretty? Yes and no.

If you look into this man, and delve into the complexities of the things he set in motion, your perspective of today is going to rapidly evolve. Honor history, and honor humanity and dig a bit deeper than the bullet-point perspective. Thanks for reading and Happy Columbus Day!