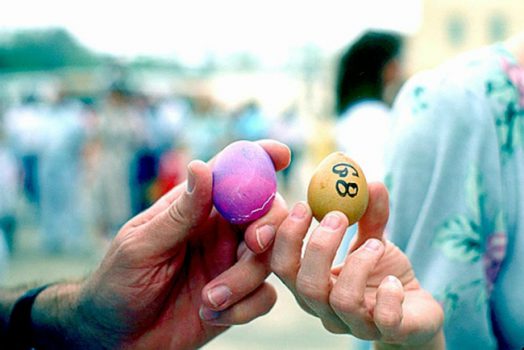 The 10 Most Bizarre Easter Traditions

Whips, water, and fire – not exactly the things you might think of when you think of Easter traditions. In a few days, the U.S. will be filled with children dyeing eggs, eating chocolate bunnies, and making trails out of jellybeans. Still, Easter is one of the few holidays that is celebrated worldwide. Because of this, there are some very unique ways of celebrating Easter that may shock you. 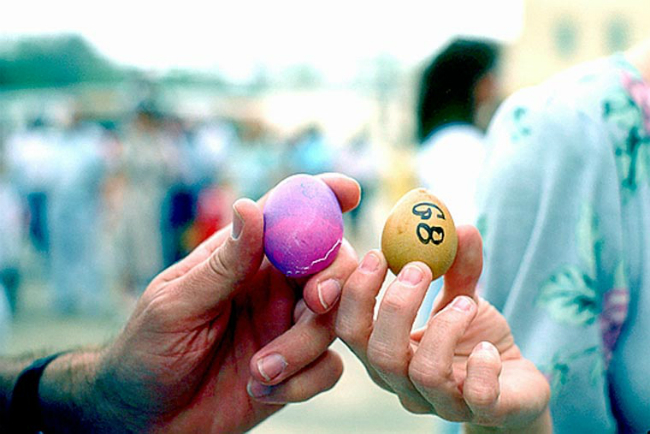 Even though it’s a part of the U.S., parts of Louisiana are more foreign that countries outside of our borders. In some of the deepest parts of the bayou, Easter celebrations begin with an egg-knocking ceremony. Teams of competitors tie their eggs with strings and knock them together. The person whose egg cracks first loses, and the game is played until there is an “Egg King.” 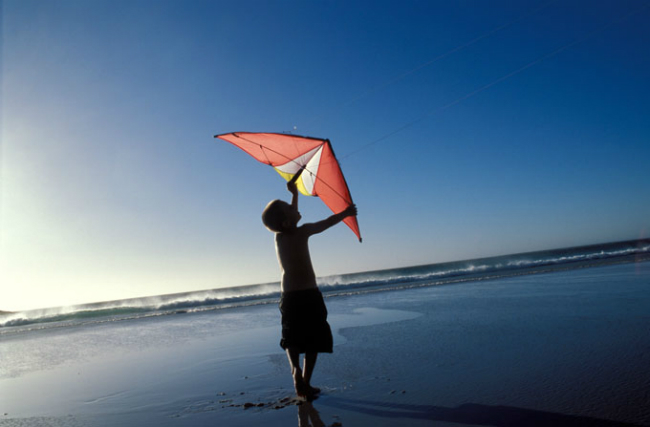 In Bermuda, the weeks leading up to Easter are marked by building kites which are only flown on Easter Day. These kites are made of anything that local kite-makers can find, from crates to ties and old clothing. One of the most important elements of the Bermuda Easter kites is the “hummer,” which makes a loud buzzing sound when the kite is in flight. 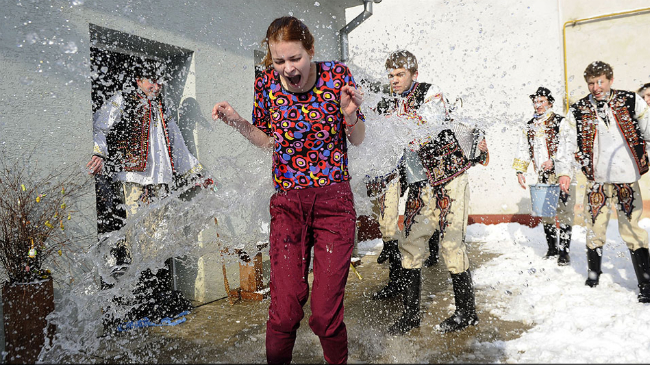 In the Czech Republic and Slovakia, whipping and water are just normal parts of the Easter festivities. On the Monday after Easter, men craft colorful whips from Willow branches and give the women in their lives playful lashes. The whipping is supposed to keep women beautiful and fertile for another year, and also acts as a flirtation device. But, the women aren’t without recourse. The next day, they retaliate by throwing water on the heads of their attackers.

In places where Hungarian is spoken (Translyvania, Southern Slovakia, and parts of Serbia), there is also a tradition of pouring water. In these countries, the day after Easter is called “Watering Monday.” Men will traditionally visit families with women and girls and sprinkle them with perfume in exchange for the Easter eggs.

In Finland and Sweden, the one tradition most Americans think of as Halloween-ish are celebrated at Easter. Children in these countries often carry pussy willows on Palm Sunday instead of palms. Then, the day after Easter, they decorate the pussy willows in colorful paint and knock on doors. The community gives children candy in exchange for the beautiful decorations. 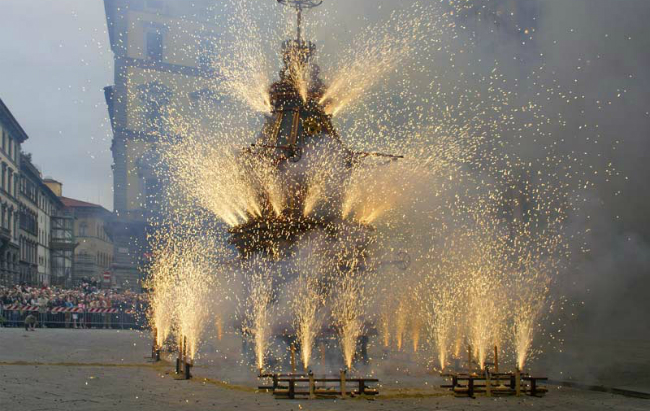 In a number of countries, Easter is celebrated by huge bonfires. Often, children (especially teenage boys) run through town gathering any scrapwood that they can find. These fires act as a competition, with the boy who has the largest fire as the winner. In Italy, the Scoppio del carro lights a fire from shards from the Holy Sepulchre which in turn sets off a huge fireworks display. 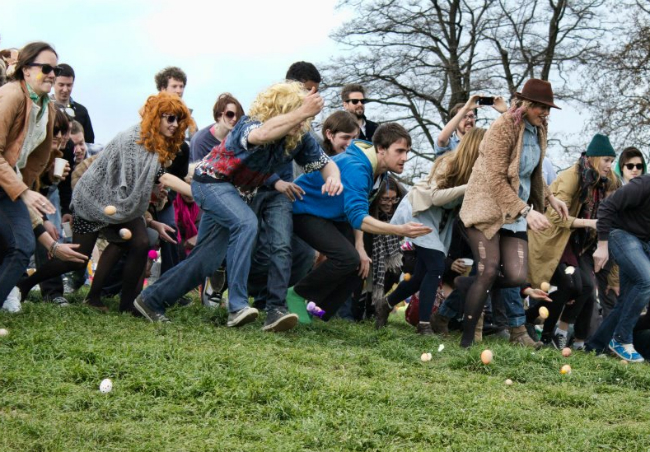 In England, Ireland, and Scotland, children participate in egg rolling as a part of their Easter fun. The goal is to roll an egg the farthest which makes the owner of the egg the Easter victor. There is also a superstition that eggs that don’t make it down the hill intact must be crushed completely, or the egg may be used by witches to do evil magic. 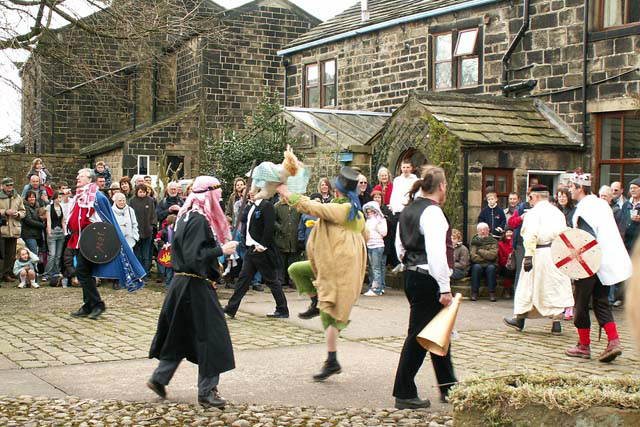 Although this particular tradition fell out of style for a while, in recent years the Pace Egg Plays have become a fun part of Easter for many English, Irish, and Scots. These plays date back to the Crusades and revolve around the fictitious antics of St. George and a troublemaker named Old Tosspot. Watchers are encouraged to give Easter eggs to the two characters in exchange to see their traveling show.

In Russia, men aren’t allowed to cook, clean, or otherwise work on Easter. In fact, there is a tradition that says men shouldn’t even be allowed in the kitchen at all. If a man does, it’s said that his beard and moustache will immediately turn grey and he will age before his time. 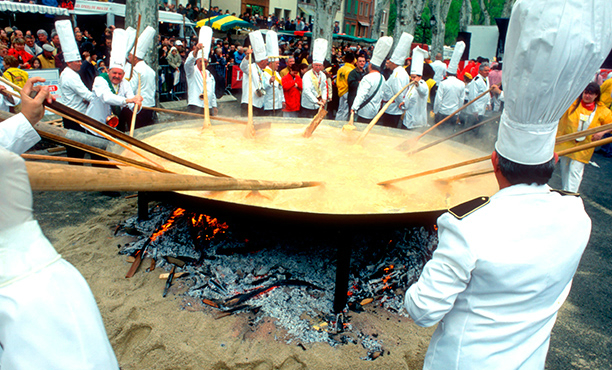 In Bessieres, France, there is a tradition of feeding the whole town with a single omelet. According to legend, Napoleon stopped in the little village one night and ordered and omelet. He was so pleased with his meal that he asked all the villagers to bring their eggs so that the chef could create a meal for the whole town. Now, the feast is made from 15,000 eggs and 25,000 kilos of oil each year.

Easter doesn’t seem so boring now, right? This year you can try something new, celebrating Easter abroad or at least trying the weird Easter traditions with your friends in US.

Have the Happy Easter, and tell us your stories!